At the time of writing this the world is in the midst of the Covid-19 pandemic during which people are becoming ill, losing their jobs, facing restricted working hours etc., all of which means a heavy reliance on ‘Welfare’. Today we are encountering such things as ‘furlough’, ‘food banks’, ‘job support scheme,’ all of which are measures to help the working class and the vulnerable. But what support was available to the poor and vulnerable before the modern welfare state? ‘Welfare in Widecombe’ presents us with a detailed picture of how folk in need of assistance were provided for. The book takes a fascinating journey between the years 1700 and 1900 and through numerous source documents, transcripts and images tells the story of the welfare provisions for the parish. Being a very rural community it could be said that Widecombe folk were better catered for than their urban counterparts. However this did not mean that at times of dire need support and succour was much needed.
Down through the centuries funding for ‘welfare’ came from numerous sources such as tithes, bequests the Poor Rate and various fund raising events. Claxton takes us step through step of each of these local aspects with narrative and actual facsimiles of relevant documents and records. He also points out that the upkeep of the church was also deemed as being an aspect of welfare provision as most of the parish attended church on a regular basis, hence the ‘Church Rate’. Another important distinction made is that what is described as two types of poor people – the ‘in-poor’ being those residing ‘in’ the ‘dreaded’ workhouse and the ‘out-poor’ being those living in the community. But what circumstances existed to be deemed as ‘poor’? Claxton identifies several situations; being permanently or temporarily sick and unable to work, being disabled or mentally ill, having a ‘bastard’ child, being elderly, and retired with no pension, hailing from another parish and surprisingly being an idler. There were various forms welfare could take as in; housing, clothing, food, schooling, at times burying the dead and of course money. 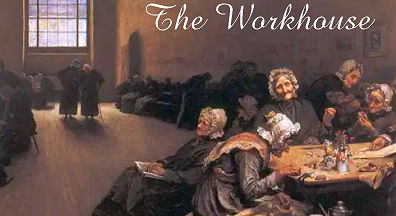 On many pages you come across a “well, I never knew that!” fact, for instance I never knew that the Church House in Widecombe was once the local workhouse before becoming amalgamated with the Newton Abbot Union House. It is interesting to see the variety of early bequests and the different forms they took. In 1734/5 one John Wills gifted three shillings to provide white bread to the poor on Good Friday. Sampson Jermont bequeathed ten shillings annually to be given to the poor with preference to a widow woman. Over the centuries many folk have perished on Dartmoor and depending in which parish the body was found meant they had to incur any expense of its removal and burial. Therefore should any money be found on the corpse then this was appropriated to cover the expense.  One might wonder what expenses would arise from such a situation? Sometime between 1734 and 1736 a man called Thomas Greep was found dead upon the moor. In this case monies were paid to John Smeardon for riding to Exeter to fetch the coroner,  the entertainment and fees of the corner were paid whilst at Widecombe. In addition five men were paid to watch over the body until it was buried along with the cost of wood and straw used to keep them warm. All in all the total came to £1 10s. and 10d. whereas the sale of Greeps’ property raised a meagre 1s. and 6d. In 1801 another case arose in Widecombe when “Recd of James Hamlyn the money, That was in the pocett of that man, That was found dead on Dartmoor 5s.” Other topics covered are the Apprentice System, Removal’ Schemes, the Newton Abbot Union,
It soon becomes clear that Roger Claxton has fully researched the subject to an amazing degree thus giving an in-depth insight into the welfare provision for Widecombe parish. It is important to note that although this work focuses on Widecombe Parish it could equally apply to any of the other Moorland parishes and indeed to much of England. As always it is nice to see a full index and bibliography along with various appendices pertaining to the book. How would I sum up ‘Welfare in Widecombe – 1700 – 1900’ – simply, it is a must for any Dartmoor enthusiast as well as those interested in history. If anything I would say it’s a bargain and considering the amount of work that has gone into it, vastly under-priced. With Christmas fast approaching the book would make an ideal gift for family or friends alike. It is also worth noting that all profits from the sale of this book will be donated to local Widecombe and Dartmoor causes. For more information on the book and how to obtain a copy please follow the link – HERE.