Since Christmas I have received several messages or email like this one; “Dear Legendary Dartmoor, I would like to film some aerial footage of Dartmoor with my drone and was wondering if there are any restrictions laid down by the National Park Authority as to where I could or couldn’t fly it?” The noticeable increase of such questions may well be due to the fact that the price of a drone has dropped considerably and some people had been given them as Christmas presents?

Many of the Dartmoor related social media sites are including posts regarding drones on Dartmoor. Quite often they develop into fairly heated discussions between folk who regard them as an invasion into the peace and quiet of the moor and the pilots of drones who say they are overstating the intrusion. I can see certain situations where a drone could be useful, for instance if anybody had tried getting a detailed photograph of the Grey Wethers they will know that due to the size of the circles it’s nigh on impossible with a normal lens. Whereas a photographic drone could easily get an aerial image which shows both circles in great detail. However, on the other hand, it can be really irritating when visiting the Moor in order to enjoy the peace and quite to have a drone buzzing around overhead like a swarm of demented bees.

As with any recreational activity there is always a small minority who act irresponsibly and then spoil things for the majority who abide by the set guidelines. In the case of drones there have been instances where people and livestock have actually been ‘buzzed’ by drones. Clearly this can be dangerous to both man and beast not to mention stressful and so such acts have resulted in strict guidelines being implemented. So due to the increased use of drones on Dartmoor the National Park Authority have clarified the situation. Basically drones are classified as UAVs (Unmanned Aerial Vehicles) and their usage falls into two categories; recreational use and commercial use. Recreational users would basically be ‘Joe Public’ who for whatever reason fly their drones for personal enjoyment which has no monetary gain. Commercial users would be people who use their drones for the purposes of filming for profit.

So to answer the question where and when can I fly a drone within the Dartmoor National Park? The answer is quite simple – “The use of drones is not permitted on any Access Land within Dartmoor National Park without prior authorisation from the National Park Authority.” Further to this it will be hard to get such authorisation for recreational use as a bye-law states; “No person shall release any power-driven model aircraft for flight or control the flight of such an aircraft on or over the access land unless he is authorised to do so by the Authority.”  The bye-law classifies ‘power driven’ as being; “driven by the combustion of petrol vapour or other combustible vapour or other combustible substances or by one or more electric motors.” Therefore drones are considered as being power driven aircraft.

Should anybody wish to fly a drone on access land within the National Park for commercial filming purposes then again there are set guidelines to adhere to. Firstly the drone operator must hold the appropriate licenses. Secondly they must hold public liability insurance and thirdly they must submit a detailed flight plan. Having complied with the above the Dartmoor National Park Authority will then consider authorisation on an individual case basis.

All of the previous restriction apply to access land within the National Park but some land within the park is under private ownership over which the authority have little jurisdiction. Should anyone wish to fly a drone over such land then the owner’s permission must be sought beforehand.

Regardless where a pilot flies a drone there are also a set of rules which the The Civil Aviation Authority have also issued, these are:

An unmanned aircraft must never be flown beyond the normal unaided “line of sight” of the person operating it – this is generally measured as 500m (1,640ft)horizontally or 400ft (122m) vertically
An unmanned aircraft fitted with a camera must always be flown at least 50m (164ft) distance away from a person, vehicle, building or structure
An unmanned aircraft fitted with a camera must not be flown within 150m (492ft) of a congested area or large group of people, such as a sporting event or concert
For commercial purposes, operators must have permission to fly a drone from the Civil Aviation Authority.

In addition to the above guidelines and restrictions the Civil Aviation Authority also has a code which goes under the acronym of D.R.O.N.E. which basically simplifies their rules and is follows;

To assist drone users the Civil Aviation Authority recommend the free Drone Assist app. which is the new drone safety app from NATS, the UK’s main air traffic control provider, powered by Altitude Angel. It presents users with an interactive map of airspace used by commercial air traffic so that one can see areas to avoid or in which extreme caution should be exercised, as well as ground hazards that may pose safety, security or privacy risks when out flying a drone.

There recently was a report of someone irresponsibly flying a drone near Watern Tor so what could have been done about it? I would suggest it would have been pointless asking the pilot if they had the proper authorisation. They could simply say yes and how could this be confirmed? There could well be a case for the National Park Authority issuing proof of authorisation which must be carried when on the moor. This could even be an opportunity to raise some much needed funding if a small charge was implemented just the way anglers have to buy a fishing licence. But at present the only sensible option would be to make a call (providing there is a mobile signal) to one of the visitor centres who may possibly be able to send a ranger out? It is worth noting that the Civil Aviation Authority will not take any action against a non-commercial pilot, their advice is to contact the police.

Finally a rather tongue-in-cheek comment, recently an inmate in  Dartmoor prison was charged with smuggling contraband items into the prison by using a drone. As the prison is on private land did the drone pilot first get the permission of the landowner – HRH The Prince of Wales? 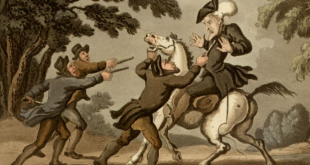