Walter Branscombe was Bishop of Exeter in the thirteenth century. One of his admirable traits was that he visited his flock no matter of their remoteness. On one summer’s eve accompanied by his servant he was returning from once such a visit on the north eastern side of Dartmoor. The day had been long and both travellers were becoming very tired and hungry. Exhaustedly they crossed Corn Ridge when out of the blue (literally) a stranger appeared. Remarking on their tired appearance he offered them some nourishment in the form of bread and cheese. The unsuspecting Bishop eagerly accepted the meal and reached out for the tasty morsels. Luckily the Bishop’s servant noticed a glimpse of cloven hoofs underneath the strangers long black coat. Without hesitation the servant dashed the food from his masters hand just as he was about to take the first bite. The loaf flew in one direction and the cheese in the other. As quickly as the stranger appeared he vanished and all that was left was a pungent smell of sulphur and two outcrops of rocks where the loaf and cheese had landed. To this day the petrified meal can be seen on the top of Corn Ridge – known as Branscombe’s Loaf and Cheese.

Nobody can argue that Walter Bronescombe existed and there is little doubt that there is an outcrop called Branscombe’s Loaf on Corn Ridge but as to the Devil who knows? There is some debate as to exactly where Walter Bronescombe was born, some sources say he was born in Exeter and was the son of a poor family. Other reports say he was born at Edge Barton in the East Devon parish of Branscombe and was the son of a rich family. If this was the case then locally his name would have been pronounced and spelt ‘Branscombe’ hence the two different versions of his name.

One of his ancestors, Bronescombe, 2005, online source,  gives a potted history of his career thus: “Walter obtained his first post in 1243, at Coningsby, Lincolnshire. He was just 23 years old, and about to experience such a rapid rise through the ranks that historians have cast about to identify an influential benefactor. Just two years later, he was appointed Chancellor of Exeter Cathedral, at the recommendation of William de Raleigh, Bishop of Winchester, who may thus have been revealed as the hidden power behind Walter’s early career. In the same year, Walter was appointed Archdeacon of Surrey and given the title of “King’s Proctor in Rome”. A position in the Royal Court of Henry III and dispensation to hold his other jobs at the same time, meant he was already wealthy and influential. In 1250 Walter was in Rome, acting for Henry III at a papal curia securing confirmation of the highly controversial election to the bishopric of Winchester of William de Raleigh’s successor, Aymer de Valence, the King’s half-brother. Walter is by this time being called ‘Papal Chaplain and King’s Clerk’, indicating he is favoured by both the King and the Pope. By 1254, Walter had been appointed a canon of Exeter Cathedral, in addition to his other appointments and the income from a string of rectories from Dorset to Lincolnshire. In 1258, he was elected twelfth Bishop of Exeter, apparently undisputed. He was ordained and consecrated in Canterbury Cathedral by the Queen’s uncle, Archbishop Boniface of Savoy. He was enthroned in Exeter Cathedral on the 14th of April.”

During this time he did much for his see and was renown for travelling around the area and visiting many of his flock.  His Bishop’s register from 1258 to 1280 detailed all of his church visits in the diocese and is the earliest surviving document of it’s kind. He was the founder of the College of Glaseney in Cornwall and also commissioned the re-building of Exeter cathedral in it’s Gothic form. The Fabric Rolls, which have been preserved, commence in the last year but one of his episcopate (1279). His magnificent tomb can be found on the south side of the Lady-chapel in Exeter cathedral. The only original part of the tomb is the effigy and this is said to be “one of the finest in England. His birth in Exeter was thus commemorated in the Latin inscription: “The people of Exeter, both the choir and the laity, rejoice with great adulation for he had been born in this city.” 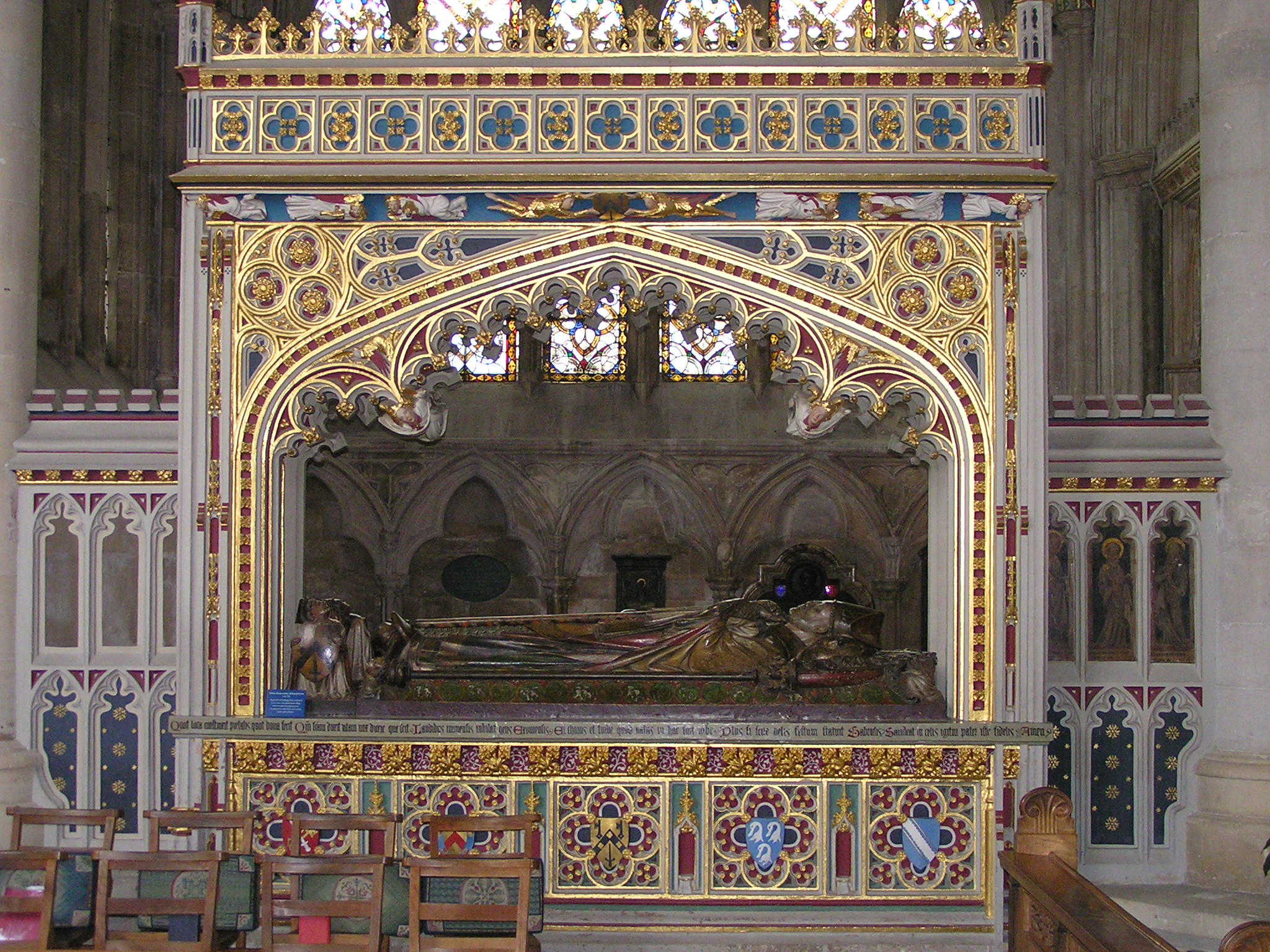 Walter Bronescombe has been hailed as “the greatest Bishop Exeter cathedral ever had’, it is well documented that he widely travelled around his diocese and many of those journeys would have taken him across Dartmoor. If you consider the old trans moor tracks it does question as to why he would be travelling along Corn Ridge when the road from Okehampton to Tavistock would have been (as still is) about a mile away.
Sadly it is impossible to date this story but there are also reports that during his time as Bishop of Exeter, Bronescombe was accused of “craft and underhand policy”, (Richard John King, Handbook of Cathedrals of England), which could indicate a reason for the tale. If he had accusers he certainly had supporters and perhaps as a means of deflecting the accusations this legend was began. It is very similar to the bible’s story of the ‘temptation of Christ’ where Jesus was in the wilderness and the Devil was tempting him to turn stone into bread to relieve his hunger. Could there be an attempt to liken the Bishop’s refusal of temptation to that of Christ and would this not re-enforce innocence where accusations of ‘craft and underhand policy’ was concerned?