The route, then, is as follows:- From Torquay to Dartmouth; thence to Totnes by steamboat; Totnes to Ashburton* (leave the main road at Staverton Bridge, and walk along the railway to the riverside), by way of Buckfastleigh; from Ashburton, go through Holne Chase and Poundsgate, to Twobridges*; thence to Tavistock, crossing Merrivale Bridge, passing Brent Tor to Lydford*; Lydford to Okehampton, and Sticklepath*; thence to Chagford, and from Chagford to Finglebridge by the fishing path, to Moretonhampstead*; Moretonhampstead to Lustleigh Cleave, and home. – The asterisk* denotes the halting places.” – The Torquay Times, June 15th, 1883. 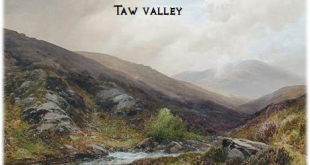